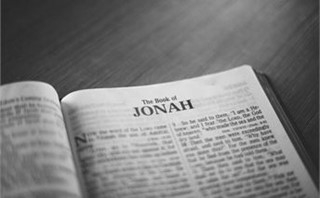 The only Old Testament reference to Jonah outside of the book bearing his name is found in 2 Kings 14:25 (read 14:23-29).  From this passage one finds that Jonah was an actively involved prophet during the time of Jeroboam II, king of Israel from approximately 793 to 753 B.C.  His father’s name was Amittai.  He was from the city of Gath-hepher, which is located about four miles north of Nazareth.

There are several things unique to the book of Jonah.  Some examples would include (1) that the setting is mostly outside of Palestine, in Nineveh and on the Mediterranean Sea. Interestingly, (2) Jonah is the only Old Testament character who is mentioned as sailing on the Mediterranean.  (3) His preaching is to non-Jews.  (4) A significant amount of the book deals with miraculous events such as the storm, the ceasing of the storm, the great fish, keeping Jonah alive in the belly of the fish for three days and nights, vomiting Jonah onto the shore and the plant growing overnight.

The city of Nineveh plays an important role in the book. It served as capitol of Assyria for several kings and is located along the east bank of the Tigris River about 500 miles northeast of Palestine.  The location is across the river from present day Mosul, Iraq and about 250 miles north of Baghdad.  It was an ancient city.  It is mentioned in Genesis 10:7-11 as one of the cities built by the grandson of Ham (Nimrod).  It was a large city.  Jonah describes it as taking three days to walk across it (Jonah 3:3).  God said it contained “more than 120,000 persons who do not know their right hand from their left” (Jonah 4:11).  This is usually taken to mean infants and young children.  Many estimate its population would have been upwards of a half million people.

The city of Tarshish was the city that Jonah was attempting to reach when he was thrown overboard.  It is mentioned in 1 Kings 10:22 as the source of much of the gold, silver and Ivory which King Solomon had.  Most scholars believe that it was located in Spain.  If so, Jonah was headed 2000 miles in the opposite direction from where Jehovah had instructed him to go.

A great deal has been made of what swallowed Jonah.  Jonah calls it “a great fish” (Jonah 1:17) and just plain “fish” (Jonah 2:1 and 10).  It is mentioned in Matthew 12:40 and was translated as “whale” by the King James, American Standard and Revised Standard Bibles.  Comparisons with other translations will show “great fish” (ESV, NKJV and others), “huge fish” (NIV and others) and “sea monster” (NASB).  The Hebrew word that is used (dag) signifies “fish” and the Greek word used (Kvvvhtous) signifies “sea monster.”  Whatever it was, it was “appointed” and specifically prepared by Jehovah for the purpose of swallowing Jonah and keeping him alive for a period of three days and three nights (Jonah 1:17).  This must be seen as one of the miracles found in the book of Jonah.

The book of Jonah can thus be considered an autobiography because it is Jonah’s telling of an event in his life that takes place over a period of time. In the book, little attention is given to his preaching.  Jonah summarizes his message in eight words: “Yet forty days, and Nineveh shall be overthrown” (Jonah 3:4).  Of course, based on the reaction of the people, he obviously preached much more.

·      One cannot flee far enough to escape from God.  God’s omnipresence is confirmed.

·      Although God had selected the nation of Israel to be his chosen people, he was still concerned about the rest of the world.

·      God’s justice and mercy: although God will not disregard sin, he is merciful to those who repent.

·      God can and will change His mind when we show good faith.  Many times prophecy is found to be conditional.

There are three occasions when Jonah is mentioned in the New Testament.  Each time is by Jesus.  They are Matthew 12:38-41, Matthew 16:4 and Luke 11:29-32.  Jesus uses Jonah as the basis of two important lessons: (1) just as Jonah was in the belly of the great fish for three days and nights, Jesus would be in the heart of the earth for three days and three nights and (2) the men of Nineveh will rise up at the judgment and condemn the generation alive at the time of Christ because “something greater than Jonah” had come and they had not repented.

© Get To Know The Bible Ministries Inc., P.O. Box 14464, Springfield, Missouri 65814 – Notice: All material on this site, with the exception of those items specifically copyrighted to someone else (e.g. Bible translations) is protected by copyright law.  Copyright 2003-2022 by Get To Know The Bible Ministries Inc.  Permission is granted for reproduction for non-commercial, personal use or for use in one classroom.  No portion of this site may be reproduced for purposes of resale or profiting in any way without the prior permission of the copyright holder who may be reached at the above address or by sending an email. Unless otherwise indicated, all Scriptures on this website are from the Holy Bible, English Standard Version, copyright (please put in the c with circle around it) 2001, 2007, 2011, 2016 by Crossway Bibles, a division of Good News Publishers. Used by permission. All rights reserved.